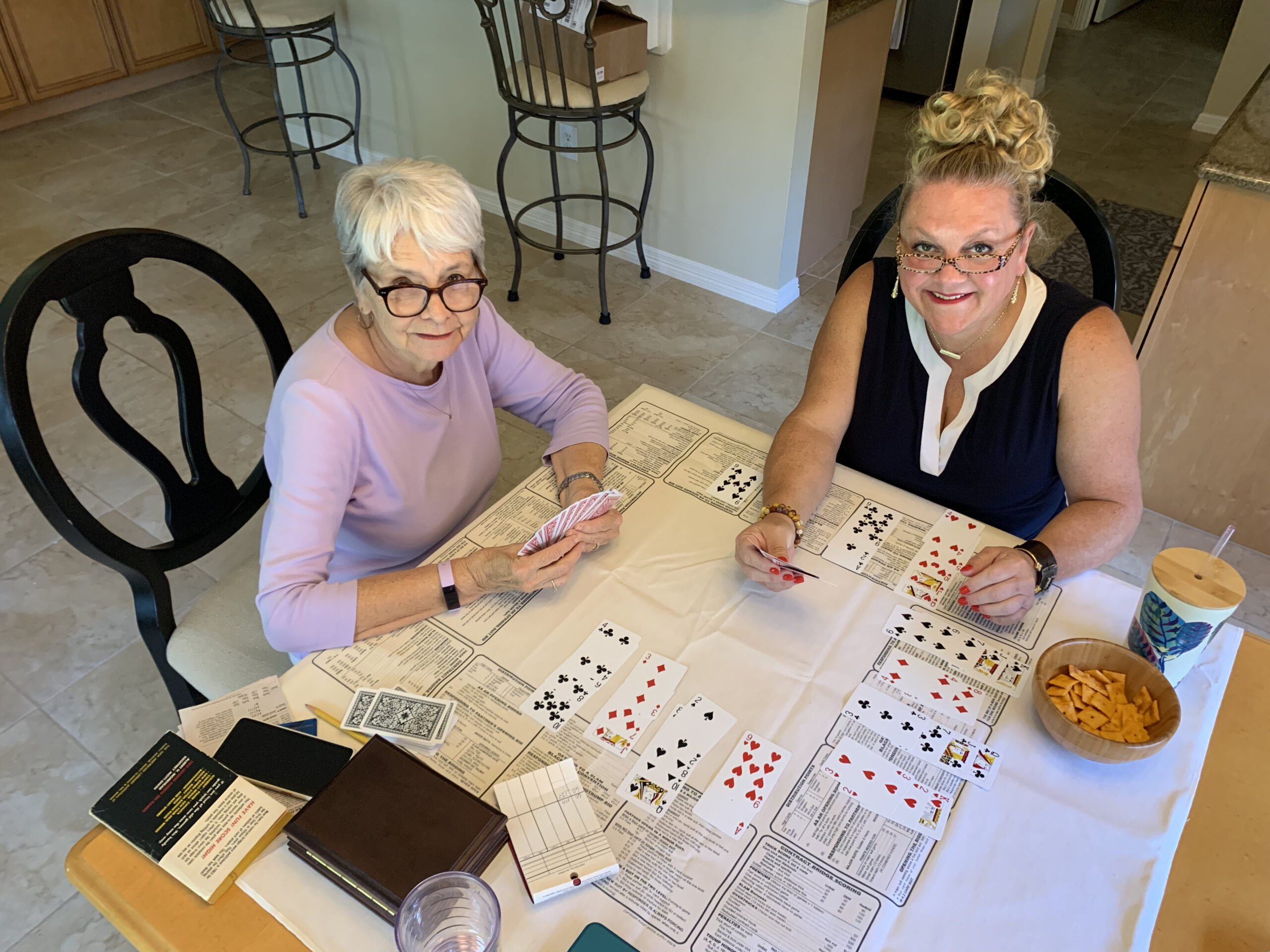 Hey my Sweet Lifers! I must say it does feel a bit strange finding oneself playing bridge in the middle of an afternoon on a weekday. Most people give me a look when I say I am busy on this particular day and then tell them why. They then proceed to say things that would indicate that in their minds I am getting old and that’s such an old person’s thing to be doing with my time. They of course, would be wrong.

First of all I have wanted to learn how to play bridge since about the age of six. My mother and father hosted a bridge club and I distinctly remember the “don’t touch it room” being laid out in full display for their occasion. Tables draped in red checked cloths, wooden bowls filled with nuts and those cute little pads and tiny pencils just waiting the jot down scores! I would press my face between the slats of the staircase and watch them play and listen to conversations about patient cases (the days before that was not a thing you didn’t do) and children’s doings (that was often me and my siblings). I would try to decipher what it all meant with “tricks” and “rubbers” and “grand slams!” It could have been taken way out of context had I not been so little.

After mother was killed, of course all those bridge parties stopped and I guess I forgot all about my desire to learn the game. Life tends to do that and a childhood filled with all sorts of “extra” kept me on my toes and not honed into such frivolous things as a game of bridge. Not many children I grew up with wanted to learn and so I never did. It was always though in the back of my mind as a “bucket list” sort of thing to do.

Turns out the time is now for learning it and I am not alone. I did a little research and stumbled into a rabbit hole of little did I know stuff. Bridge, otherwise known as Whist dates back to the 16th century. It was a popular favorite game amongst nobility and Clergy. George Washington loved the game and and even played with small wagers. In 1893 the game was officially introduced with formal rules that still carry with the playing of it today. But the best part of all? According to the American Contract Bridge League, over the last five years it is our children who have picked this game back up!

My neighbor has played for years and somehow our conversation led to us discussing the game. It did not take me long to ask her to teach me and she was delighted to take the time and brush up on her skills with me. What I thought (and honestly she probably did too) would be a few afternoons of lessons; has turned into a weekly bridge game! You should see sweet B when Thursday’s come around. He’s getting used to me being down the street for a few hours with Nancy. I am aiming to become a great bridge player and maybe even start a club. Who knows? Perhaps I’ll have it mastered by the time I become a “Gigi” and can teach all my littles how to take tricks, make rubbers and grab some of their own grand slams!