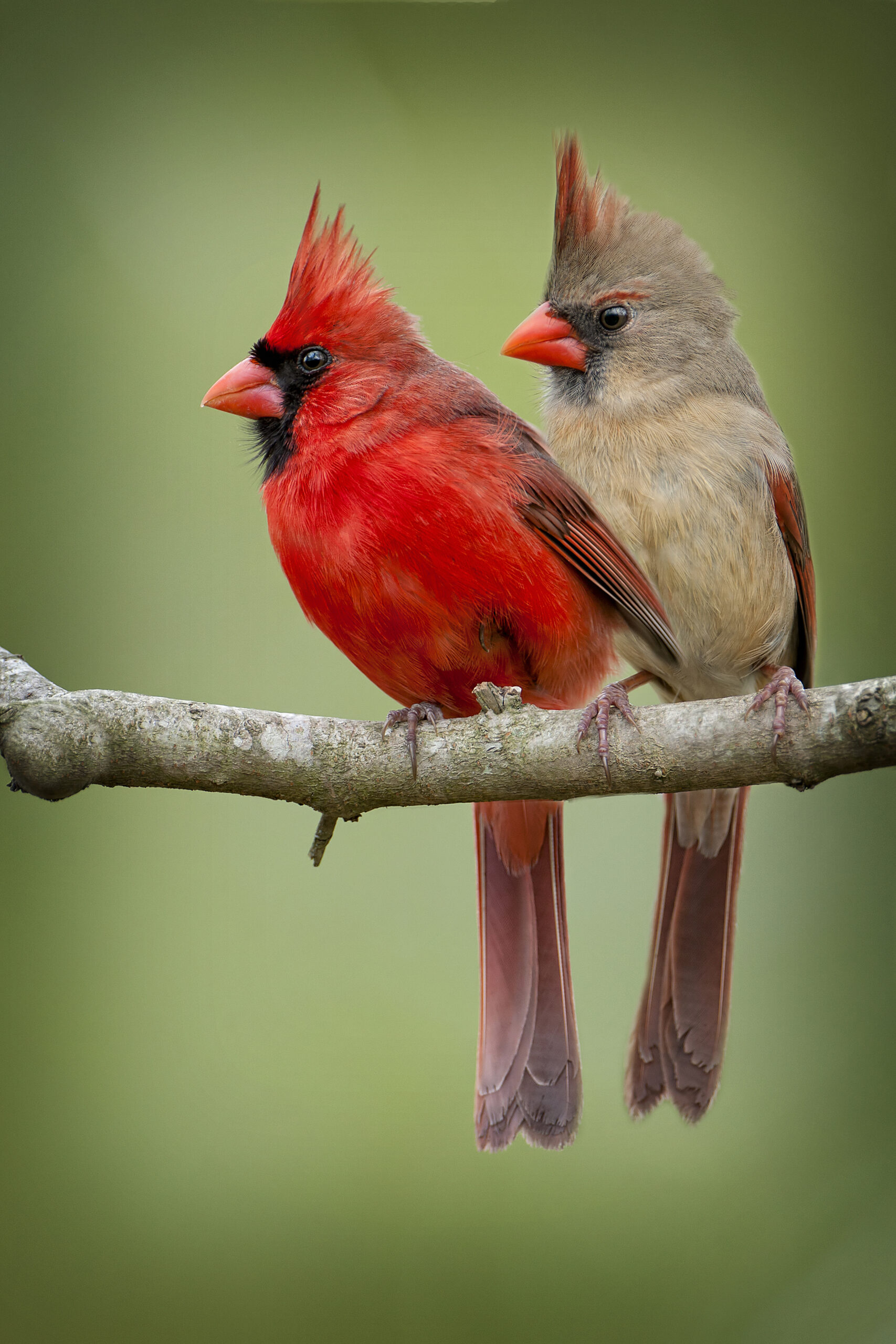 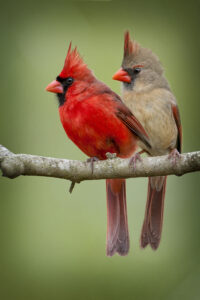 Did you know that there are many birds that mate for life? One day a few years ago I was startled by a very loud and persistent chirping outside my bedroom door. I opened the door to find a slightly injured brown color cardinal and her husband screaming from the bird feeder at her and me and more correctly at Sasha my cat that had almost made a meal of her! I quickly shooed away my darling cat who was a little annoyed at my interruption and gathered up the female cardinal in a towel and place her in a carrier to recover from her scare. All the while her husband just kept on screaming… which he did until she flew out finally after a few hours! It was then that I became intently interested in finding out how these birds mate and care for their young and just how many others feel the same way. Turns out there are quite a few that stay together no matter what the weather (sorry I had to go there)! You’d be surprised to note that the Black Vulture, The Bald Eagle, The Laysan Albatross,The Mute Swan, The California Condor, Scarlett Macaw and The Atlantic Puffin are among the most well studied in the bird species. Some mate early while others like the Puffins are between three and six years old before they settle down.

I love the fact that there are birds that are like humans. Most of us prefer to have a mate and despite the stats about marriage and divorce, I for one can attest that being married is far preferred over being single…especially while raising babies. Brian and I had no real clue when we got married almost 28 years ago what that really meant, but we did both come from the same backgrounds and had influencers such as parents and grandparents that had exemplified what marriage was supposed to look like. Each year our “nest” changes. Sometimes it changes in really big ways and becomes larger like the year we took in my sister and her kids and my brother and his family. Other times it has become smaller like last year when our daughter got married and moved into her own nest. Despite all the changes though he and I are always still striving towards our “we.” Like birds he brings in things to help and then I fly off and gather stuff as well. At night there is no one I’d rather be snuggled in with than my Brian. God help anyone who tried to hurt him either! Like that sergeant male squealing at my cat for having almost eaten his true love, I would be no different if it was Brian and he would act accordingly if it was me in danger.

Valentine’s reminds us of these types of relationships. Often I get asked advice about marriage since I have been married for what many think is an eternity. I feel that what has glued us together from the very start is the similarity of our backgrounds making the big decisions like religion and politics and money issues that couples typically fight about almost a mute point. We both were raised in the same small town outside of Charlotte, North Carolina and went to Christian churches weekly. We both had fathers that had come from farms in the Eastern part of the state and were the first to graduate from college in their families. Both of our fathers were Air Force enlisted men so they could make a better life than what they had as children and they instilled hard work ethics in both of us. Although we grew up in different households we were raised the same way and our expectations for what marriage and life looked like were virtually identical. Like birds so to speak of the same species, we were programmed by our environment to trust and expect the same things from our partner. We also were taught that divorce was not an option.

I know too many friends who have not found their perfect mate but I think that truly once you do find him or her the results are always the same…a perfect mating for life. Isn’t it wonderful to know that there is a perfect someone out there for each of us? Like the little birds outside our windows and in our gardens who have found for themselves their sweet little loves we too have that capacity to love each other as deeply and faithfully for life. Happy Valentines Day!