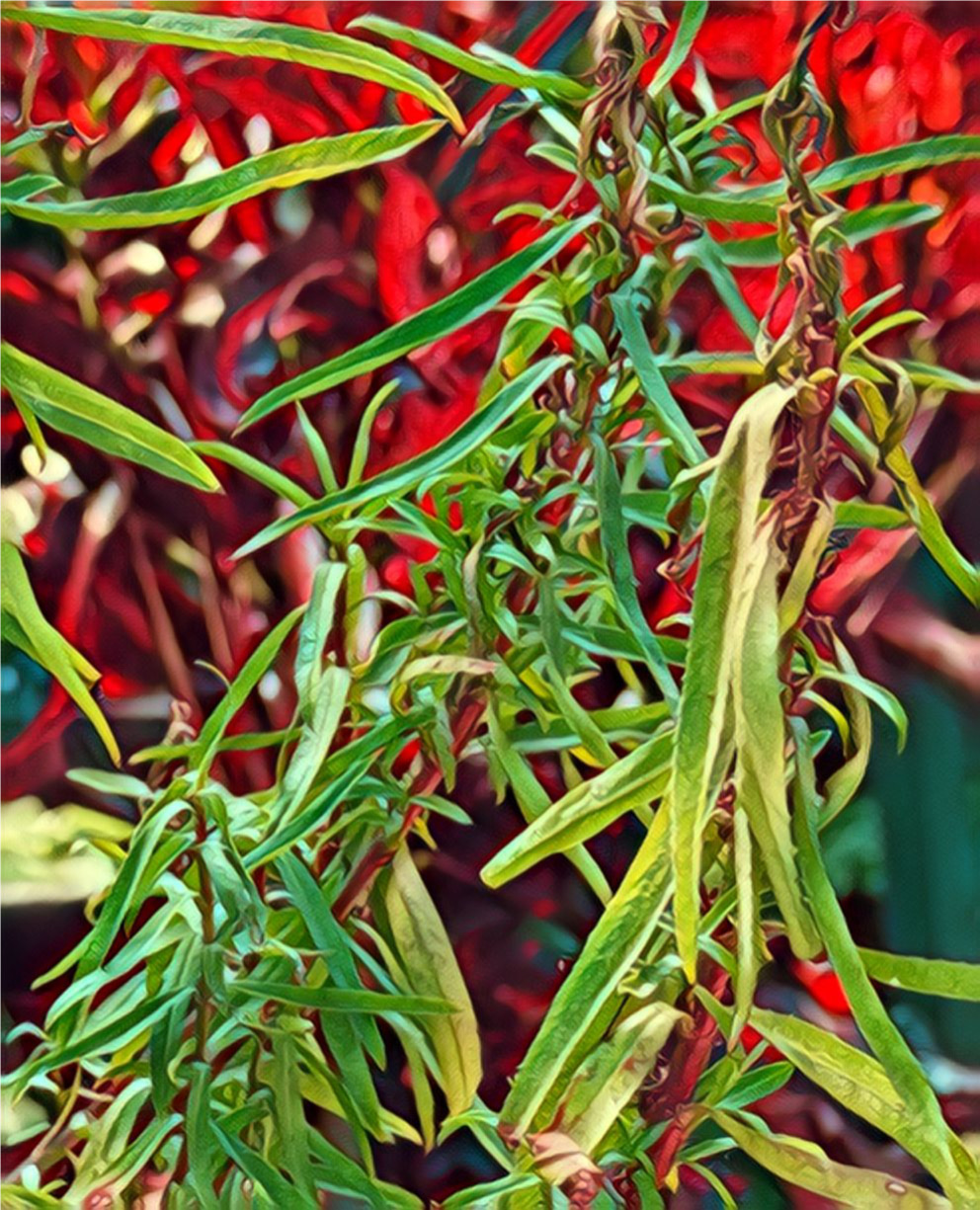 Hey my Sweet Lifers! If you’re feeling like you want to up your game in home cooking then might I suggest growing some tarragon. This herb has the ability to “elevate” dishes to the next level. Considered one of the four fine herbs in French cooking, it plays well with fish, chicken and pork.

Tarragon has been used for both culinary and medicinal purposes for approximately 600 years. The Mongols used it to help them sleep, in lieu of teeth brushing and in their dishes. In the tenth century, as they made their way conquering they most likely brought it with them to Italy. History has it that St. Catherine presented the Pope Clement VI with this herb in the 14th century.

Medicinally, tarragon is used to treat a variety of ailments. Specifically noted are uses with poor digestion, and all the various symptoms that range with that, as well as for pain; particularly that of gout, arthritis and toothaches. It is similar to anise and has the same effects of mouth numbing effects due to the cis-pellitorine compound. It does not store well though and must be used fairly quickly after fresh cuttings are taken. The plant does not grow from seeds either so finding it as a starter plant or from root cuttings. I keep a late pot of it in the Sweet Life Garden and have had much luck over wintering it as well. It does not like to be loved on too much either, so if you are one to forget to water or not fussy over soils this one’s for you!

Culinary uses abound. Crushing the herb in butter and wine to make a sauce over fine fish, adding cream with it for a delicate broth enhancing asparagus or pea soup or to subtly flavor vinegars to add to pork dishes as examples. It is delicious with vegetables equally, my favorite recipe with creamy balsamic glaze and mushrooms is an all time favorite. I have even added it to a fruit salad in the summer.

Salt and pepper to taste

Add in the cream, and balsamic glaze and cook down a bit

Toss in the fresh tarragon and let simmer for 5 mins

Taste and add salt and pepper if needed

This makes a great little side dish during the holidays too! Ya’ll keep on growing and ENJOY!